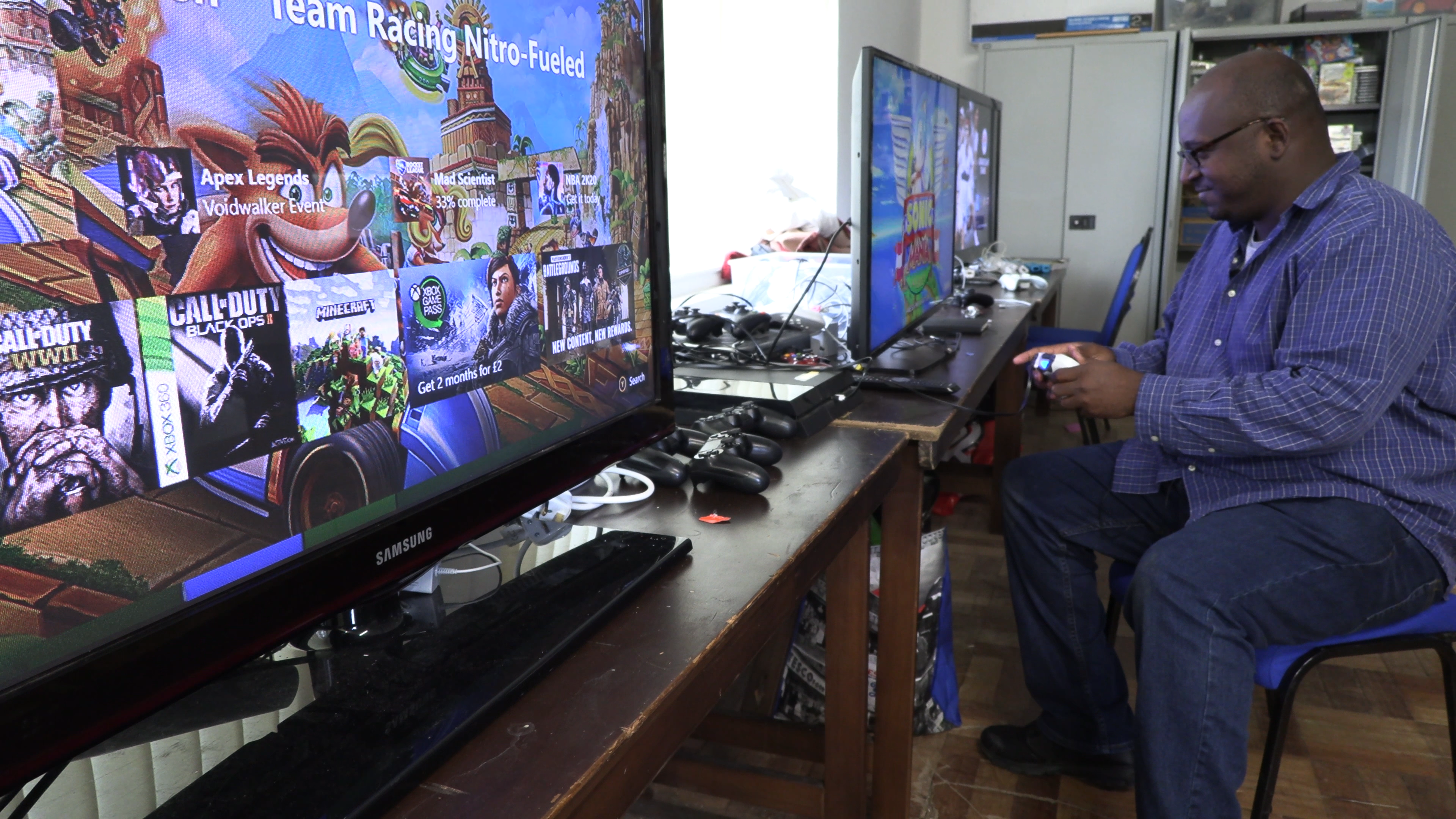 Running church services or groups has been challenging for many these past few months. It is heartwarming to hear so many stories about how a passion to deliver God’s Word has remained strong enough for many to undertake new ventures in His name. Fellowship and communion have been maintained, and the world has seen that even the kingdom of viruses and bacteria cannot halt the advancement of the Gospel. New online technology has allowed for innovative ideas with audience participation, and the church is changing to meet the needs of a world kept at a distance.

The TATL Gaming PCW ministry for Youth has also had to change and adapt in these times. Before, we would gather in church halls, set up some electronic equipment, give minimal concern to multiple people handling the same apparatus in one day and deliver talks about Jesus, sandwiched between game tournaments. All washed down with food and drink, often including crisps laid out in a bowl where people could help themselves.

When Covid 19 arrived, everything changed. In the early days, we had to disinfect every piece of equipment, but as the crisis worsened the upcoming events were rapidly cancelled and people’s thoughts were more concerned with obtaining as much supplies as possible (remember the toilet paper shortage?), rather than hearing about Jesus amidst the latest Xbox or PlayStation. Naturally, the desire to keep people safe and protect the NHS took priority. Not surprisingly, soon after bunkering down, people wanted hope in the uncertain age, along with something to stave off boredom!

It was on this scene that TATL Online Alpha was started. Aided by longtime  volunteer, Roberta McAvoy, we began holding meetings with youth from the TATL ministry in Penclawdd and the former Llanelli Presby church, using the popular Alpha Youth Film series (separate from the Alpha Youth series), as a basis for discussion across Zoom. The age range was vast, from 8 – 16, and the numbers were small, but stabilised at around 12.

The format was similar to what we had done in the past except we had the Alpha section at the start, and videogames afterwards. We had to really make sure we were following online safety guidelines, to ensure proper safeguarding. CPO Julie Edwards spent many hours with us poring over small details and making sure we were transparent and accountable as possible.

When it came to the games themselves, a concern was how to get everyone with their various consoles, online playing the same game together at the same time? Thankfully, the rise of Cross-Platform games like Minecraft, Smite and Paladins allows current video gaming devices to interact together. Not to mention a lot of these are free to play, which removes any required cost factor for individuals. This was key, as some of the families did not have much money to spare at this crucial time. These factors removed the two biggest barriers to playing video games as a group.

We were encouraged by the discussion during the sessions as well. The youth that attended were able to share and quiz about the issues raised, and yet the material was always presented in a way that meant any raised sensitive subjects could be touched on appropriately for our lower range of ages, while still being mature enough to provoke discussion with the older teens. Hearing other young people present their thoughts about Jesus and even pray was very heartening, and the video material was never condescending or insulting, even though it was aimed at youth.  I recently messaged one of the presenters, Jason Ballard, to thank him for his work on the videos. He even replied!

Towards the end of our sessions in July however, attendance began to taper off. Feedback from the youth spoke about being stuck indoors staring at screens and having other commitments such as jobs or extra studies to catch up with. We took a break over most of August, with the view of relaunching at the end. The Reverend Timothy Hodgins joined as a volunteer, giving Roberta some long-welcomed relaxation after a year and a half nonstop with TATL! We also wanted to give discipleship to two of the more committed attendees, by assisting them in their leadership and presentation of the Alpha Youth Film series.

Now, we have people who attend from North Wales to London. The distance factor being removed via digital communication is a huge advantage in running the renamed TATL Online Alpha sessions, and we look to continue these even as we ease slowly out of quarantine. We are also posting devotions from The Action Bible Anytime Devotion series, with the aim of stimulating the youth to read the Bible for themselves and ask questions from it. This is something I am surprised we did not think of sooner to be honest! God has been good in blessing and enabling this work of His.

Although TATL Online Alpha will continue to operate, the desire to return to meeting up physically is still a goal for the future. Social distancing individually wrapped snacks, staggered toilet use…….all these, and more (track and trace nightmare!) will need to be in place before we can do Road events or our regular clubs again. However, I am absolutely looking forward to it. Many people have commented on the absence of social interaction in person, and with the right safety measures, we hope to continue in our engagement with people and the Gospel. For me personally, playing video games together is fun, eating pizza is always a blast and providing community is important always.

But the in-between moments where people ask about what they have heard concerning Christ, both from those who listen intently and from those who constantly look distracted……

That is what we are looking to do. Nothing compares to it. Hearing young people decide to repent and follow Jesus remains our end goal, and it is amazing to witness.

Beyond that…. who knows? TATL Gaming World tour? Maybe one day…. if the Lord wills it! 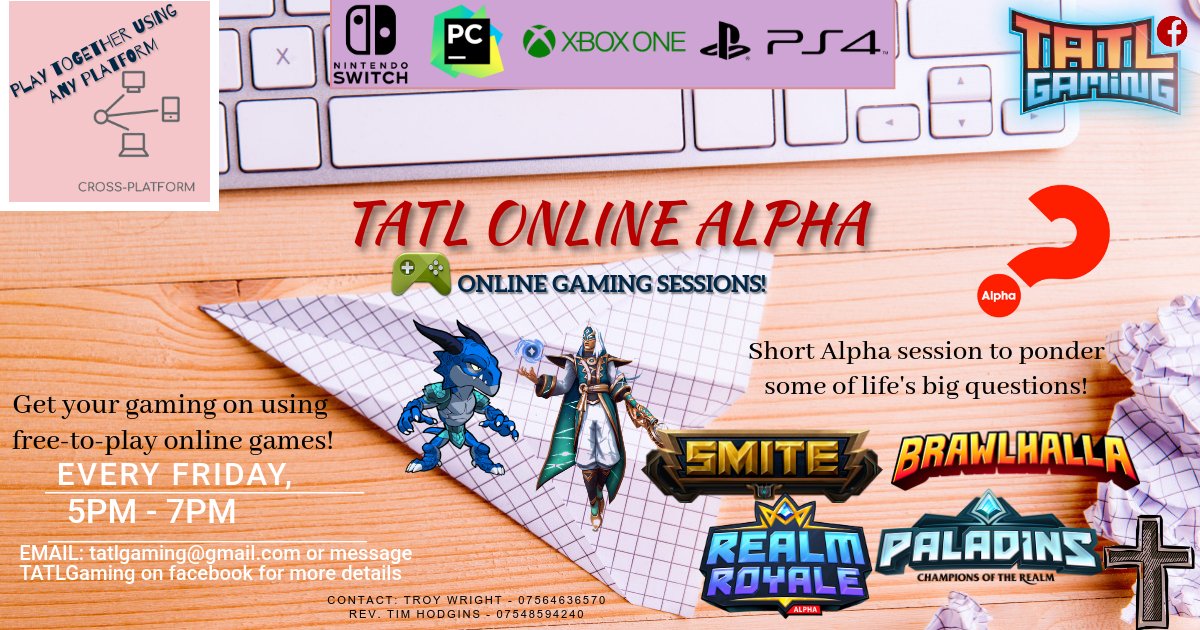