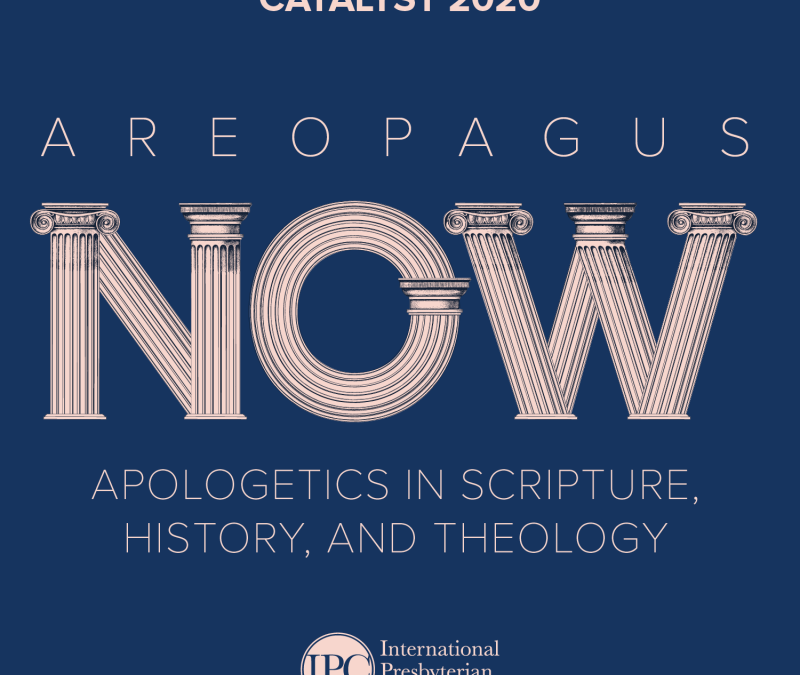 2000 years ago in the city that we now know as the Greek capital, Paul stood up in the Areopagus, looked from the statue of the unknown God to the men who worshipped him and declared “Men of Athens, I can see that you are very religious”.

The tone Paul took was deliberately ambiguous. It applauded their realisation that  there is more to life than what is merely physical but also asked them to come further, from a suspicion that there is something to a knowledge of everything.

2000 years later in another capital city the International Presbyterian Church has just met for its Catalyst conference under the title Areopagus Now. Four speakers spoke on The Christ, The Culture, The Problem and the Gospel of Apologetics.

Rehashing a conference in a report is a bit like showing someone your holiday photos so just a few observations of three days in London.

Dan identified a sense among Christians that we are philosophically very far apart from our neighbours. He argues that in one way we are but that, at the same time we all have a sense of God in our heart. If the Christian is willing to listen and diagnose he will find certain magnetic points in the unbeliever that are found in the gospel.

The argument Dan strange is making is that we stand in Paul’s shoes. We all look out at the people we meet and see ‘that they are very religious’. With this conviction in mind we can begin the work of identifying the ways people look at the world and respond first by questioning these assumptions and secondly by providing an alternative explanation viz. the gospel.

You can see all the conference addresses at https://www.youtube.com/channel/UCR-LQHrroj5iysq9HMe6vqQ

There are also heaps of resources from conferences past at https://ipc.church/resources