Patricia St John, The Good Shepherd, And The (Tanglewoods) Secret To Knowing God 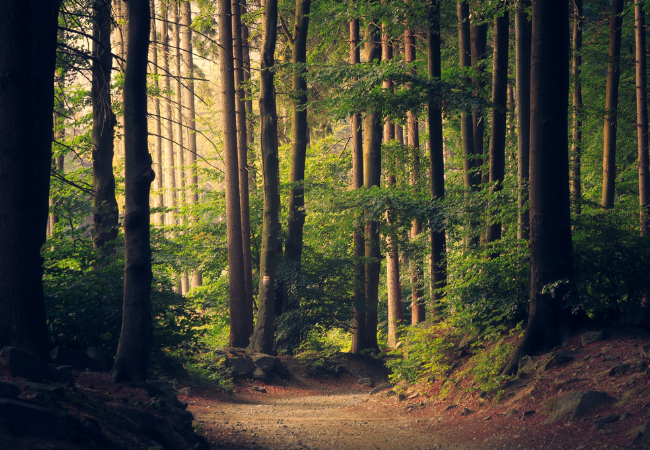 Teachers, how would you deal with a pupil who behaved like this?

“I climbed out of the skylight of the four-storey school building and sat triumphantly astride the roof doing my homework. The teachers turned out in force and I watched out of the corner of my eye, pretending not to see and revelling in the fact that they dared not do anything for fear of startling me and causing me to fall.”

“When a new member of staff was taking our names I suggested that we all give ourselves flower names: May Winter, Pansy Alexander and Lily Campion were all accepted, but when I stood up and announced myself as Rhododendron St John the game was up.”

Or how about this?

“We had one teacher who found it difficult to keep order and spent a long time with her back to us writing on the board. Our classroom was on the first floor and I would slip out the window, shin down the drain pipe, and re-enter the classroom with noisy voluble apologies for being late.”

Parents, how would you deal with a child who, when a cat strolled down the aisle of church “would laugh at the old man trying to catch it”, or one who giggled till the pew shook at the preacher when “the cock began to crow” was accidentally rendered “the crow began to cock”?

Parents and teachers might struggle with such a child but everyone else will love to hear stories of the mischievous child who wound up despairing adults. Which makes reading In Her Words, the biography of Patricia St John, such a pleasure.

St John (pictured below) was born just after the First World War and brought up in the Malverns with her brothers Farnham, John, Oliver and sister Hazel. Her parents had been missionaries in Brazil and she would go on to follow their calling serving in Rwanda and other parts of North Africa.

Unsurprisingly her parents brought the children up to know God and to know the need for personal conversion. St John understood the seriousness of this when, one night, she sensed her mother come into the bedroom. St John pretended to be asleep to see what her mother (Ella) would do. Ella proceeded to kneel down beside the bed of each child in turn and pray for them. Patricia watched her advance to the baby. “Surely she would not bother with the baby; he was far too little to understand. Yet, sure enough she moved on to the cot. I never forgot that night but I cannot explain why; perhaps I drifted off to sleep with an added sense of security; perhaps I glimpsed dimly that night the truth of the words that I discovered years later – that the angels of God’s little ones to always behold the face of their Father in Heaven.

That this made a profound effect on Patricia did not stop her behaving like a typical child. Her mother would sometimes cry when reading the children ‘Sunday books’ about orphans in slums, but they far from being moved “would laugh and shout with delight”. Patricia admits, “we were not nice children.” Even here though God’s voice cut through to the youngster.

“It was during one of those fireside readings that I had my first distinct experience of God. The story was, as usual, about a little girl who died. It was a true story set in China and the child copied out the first verse of Isaiah 43 just before she was taken ill. That night we learned the verse by heart. “Thus saith the Lord, fear not; I have redeemed you, I have called you by my name; thou art mine.” I probably, aged about six, did not understand the word redeemed but the last two phrases seemed clear and simple. I went straight to my room, knelt down, and said “My name is Patricia and if you are really calling me I want to come and be yours.”

It is anecdotes like these and more beside that make clear that St John’s most well known (to me at least) children’s book is itself a kind of biography.

The Tanglewoods’ Secret is set in the countryside. Two children are living with their aunt because their parents (missionaries?) are in India, unable to come home because of the war. The brother Philip finds being good easy, his sister Ruth does not. The story tells how Ruth comes to know Jesus through the witness of two different men. The first is a shepherd who Ruth meets one day. He is helping release a lamb from a thicket. Ruth notices that his hands are scratched but the brambles but that his intent is on freeing the lamb. Afterwards the shepherd tells Ruth of a ‘Good Shepherd’ who has the same intention. He gives her a picture which she takes home and studies. Later, after an horrifyingly, hilarious confrontation with her aunt over afternoon tea, Ruth runs away and hides in a church. There she meets her second witness, a clergyman, who tells her more about the Good Shepherd in her picture. So we see Ruth come to faith and then work her own childlike faith out.

The story is many years old and has been through various reprints. It has recently been republished by 10ofThose. Publishing Assistant Miriam Ettrick says, “from our perspective, we decided to publish Tanglewoods along with a number of Patricia St John’s books because they are real classics, and we wanted to make them available to a new generation of readers. We believe that there is a real lack of gospel books for that age range, and wanted to produce more good books for them. With the response, it has been overwhelmingly positive — these books have been consistent sellers for us since they came out.”

As the Women’s Sub-Committee launch their new theme for 2021 on the Good Shepherd, why not pick up and read a copy of Tanglewoods? It is a very simple, very beautiful story that will speak to adults as well as children. It speaks so honestly about a child’s journey to faith, the power of a simple testimony, and the manner in which God brings different people into different lives at different times. Most of all it will paint a vivid and memorable picture of Jesus our Good Shepherd.

A word of warning. Ella used to read books to the children that made her cry and them “laugh and shout with delight”! This book will move you. The last few chapters deal with big issues and though everything is resolved through the love of the Good Shepherd it will be resolved with tears. So, while I heartily recommend you reading it with a nice or nephew, be aware they may see you cry. Still, give it a go, the Good Shepherd is worth getting emotional about and this book is a great way for you to meet him again as well as introduce him to a new generation.