The word 'Presbyterian' is a form of church governance which emphasises the individual responsibility of every member and local church. The Presbyterian Church of Wales is governed on the basis of courts: presbyteries, the Association and the General Assembly.

The Lord God is head of the Church, so the Presbyterian Church of Wales does not have a person as spiritual leader.

Every church belonging to the Presbyterian Church of Wales is governed by elders, who are elected by the congregation.

Every church belongs to a presbytery and its elders are expected to attend regular presbytery meetings. Presbyteries are responsible for planning ministerial and missionary work within their boundaries. They also ordain elders, supervise calls to ministers and coordinate youth and children’s work. There are 14 Presbyteries: ten conduct their business in Welsh and the remaining four in English. 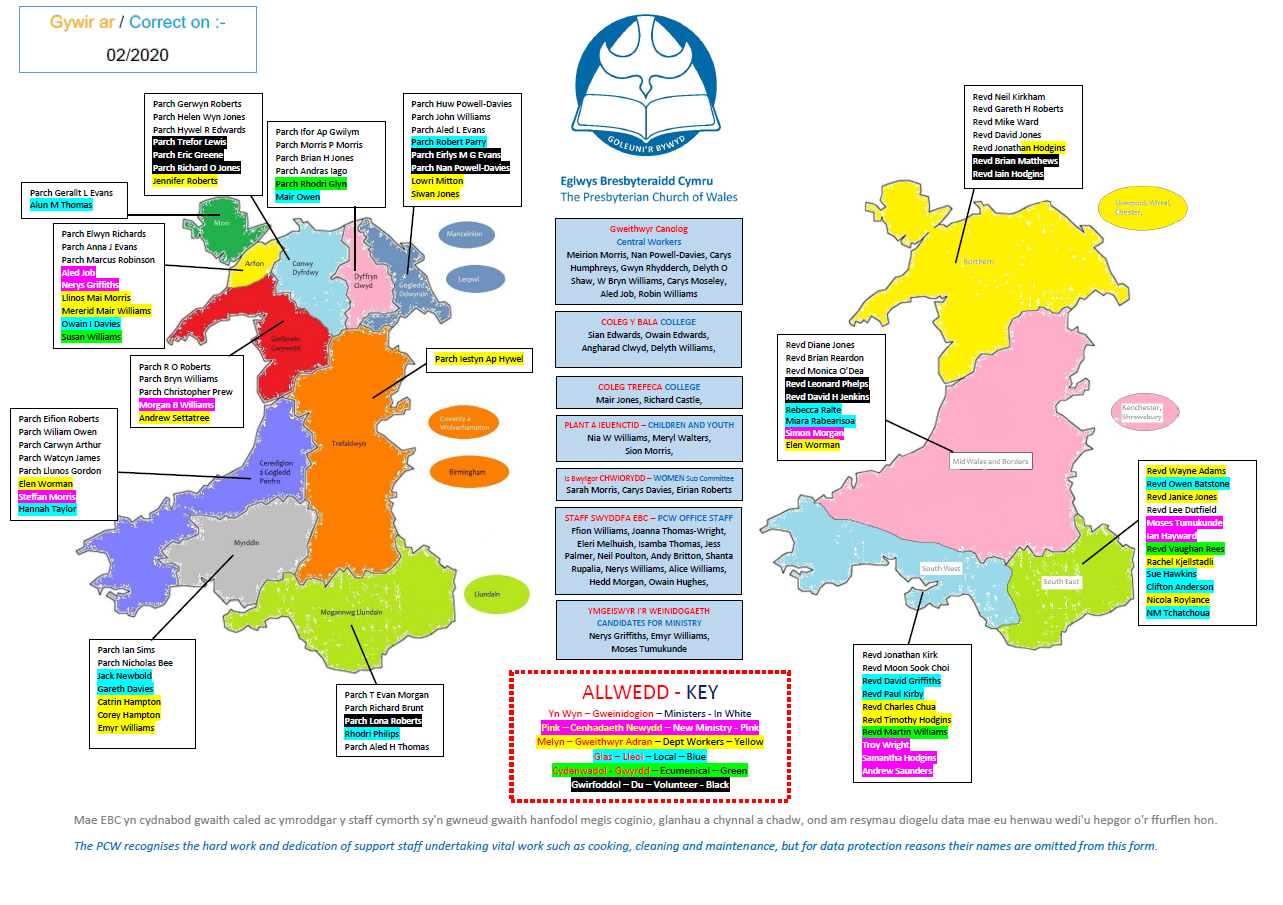 For a downloadable version of this map please click here

General Assembly Board, Departments and Panels.

The General Assembly is advised and supported by: