The Presbyterian Church of Wales was formed in the early 19th century following the Methodist Revival and is now a church of some 20,000 members.

In 2011 the Presbyterian Church of Wales celebrated the bicentenary of the first ordination in 1811. 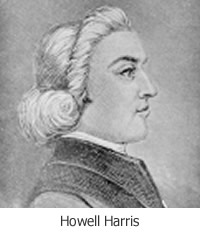 1811 Separation from the Church of England as ministers are ordained in Bala and Llandeilo.

1823 Confession of Faith drawn up and adopted.

1826 The Church – or Connexion – is incorporated through a Constitutional Deed.

1837 Lewis Edwards and David Charles open a school in Bala, which becomes a ministerial college in 1839. 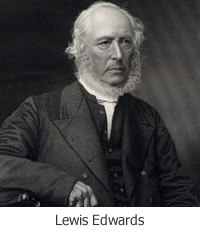 1840 The Foreign Missionary Society established in Liverpool to send missionaries to the Khassia Hills and Jaintia in Assam, India.

1842 A college to educate ministers established in Trefeca, Powys.

1845 All churches are put under a minister’s care and the first edition of Y Traethodydd – a quarterly journal still in existence – is published.

1864 First meeting of the General Assembly, in Swansea.

1933 An Act of Parliament changes the constitution.

1947 The Association in the East, a court for English-speaking churches, is established.

1958 The Sustenance Fund is established to provide a fair wage and manse for every minister.

1975 Covenant for Unity with other Welsh churches.

1978 Pamela Turner is the first woman to be ordained a minister and The Presbyterian Church of Wales becomes a member of CWM.

2004 The Central Office is moved to its present site in Whitchurch, Cardiff.

2008 The Presbyterian Church of Wales is registered as a charity and adopts a new constitution.

The Historical Society of the Presbyterian Church of Wales was established in 1914 with the aim of stimulating research into the history of the Church. It is mainly responsible for securing the Church’s documents, sponsoring the annual Historical Lecture at the General Assembly and publishing the Historical Journal.

The Presbyterian Church of Wales’ archive (also known as the Calvinistic Methodist Archive) is held at the National Library of Wales in Aberystwyth. The Curator of the Historical Society is Dr Eryn M. White. Archives should be sent to her at the Department of Welsh History, Huw Owen Building, University of Wales, Aberystwyth, SY23 3DY (01970 622662).